Today was mainly a travel day with little opportunity for pictures or meeting people. There just is not much to do along the lowest portion of the Ohio River. 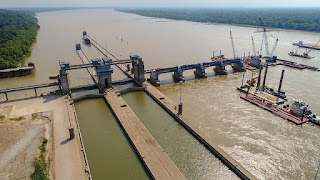 I locked through Olmstead Locks and Dam......the last of twenty lock and dams on the Ohio and the last dam from here to the Gulf of Mexico. 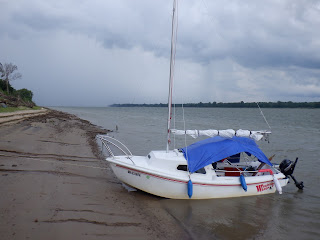 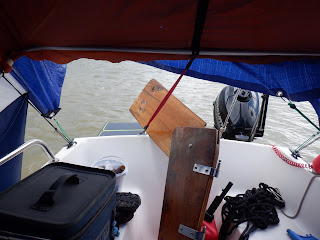 As I left the lock, the lock master told me it looked like I was headed toward a storm. Sure enough, dark clouds, lightening and heavy rain were headed my way. So I hooked up the tarp and tied the boat up to a tree. I must have done a much better job today because despite pretty heavy rain, I stayed dry. 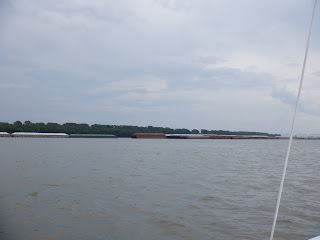 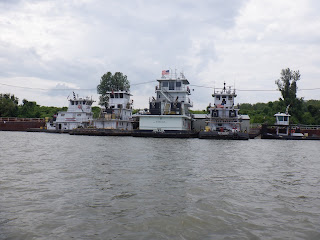 The Ohio River at Cairo is designated a "fleeting area" for barges. There are literally hundreds of barges parked along both shores as well as mid river. While navigating around the barges, you have to keep an eye on the many towboats working to line the barges up in the correct order.. 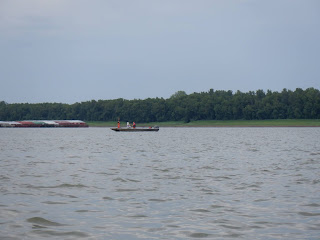 As I was passing along side the City of Cairo, I saw a workboat going from the public boat ramp to mid-river. They were dumping five gallon buckets of some kind of bloody looking mixture. I could even smell it. Closer to the ramp I realized I was passing through some of the stuff. It looked like the guts from slaughter pigs or cattle. From the look of the boat being used, I'm assuming this was related to the commercial fishing operation in this area. However, this scene eliminated this boat ramp as an area I wanted to stay until my son could pick me up. 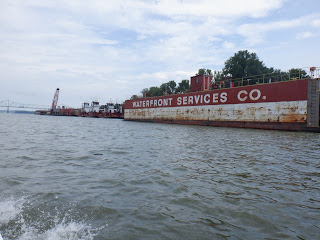 As I continued onward I saw all kinds of businesses supporting the towboat industry, from dry-docks to welding to work boats. 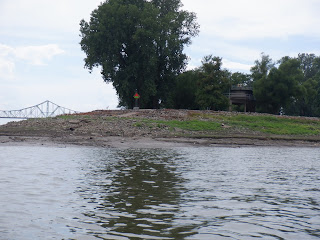 The picture above is of my approach to "the point. The water on the left is the Mississippi River and the water on the right is the Ohio. The exact "point" is where the little red and green placard rests on shore. As I beached the boat at the point and hopped out, I sunk over a foot in the mud. 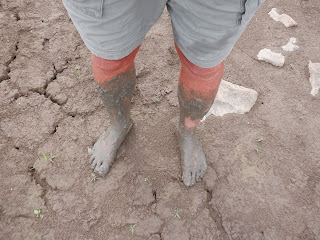 It took about thirty seconds to pull my feet out of the mud for every step. I couldl't tie up the boat, so if it has started drifting away I never would have been able to run to catch it. 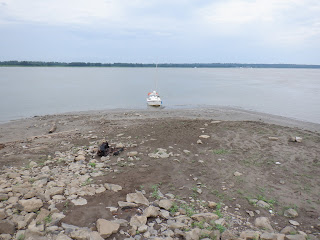 This is a photo of my boat beached at the point. When I was here years ago there was a sidewalk all the way to the water's edge so people could come down right to where the rivers meet. Now you can't get within fifty feet without sinking in. 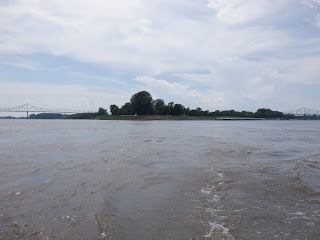 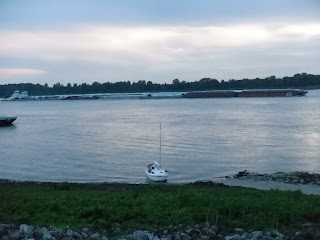 I continued down the Mississippi River to a nice little community called Wickliffe, Kentucky. They have a nice boat ramp located in their community park a couple blocks from local stores. A nice gentleman by the name of Robert drove me to one of the stores so I could get drinks and food while I waited for my son to arrive for the drive home. While waiting I saw this tow going up river. Tows on the Ohio are limited to three barges wide by five barges long (because of the locks). However, with no locks on the lower Mississippi the tows can be much larger. This one was three wide by seven long......that's twenty-one barges. They were being pushed by two matching towboats. 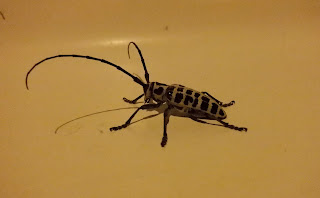 My son arrived around 9:30pm. As we were hooking the boat to the trailer and getting things packed away, I took a picture of this varmint  sitting on my boat.
at July 29, 2020